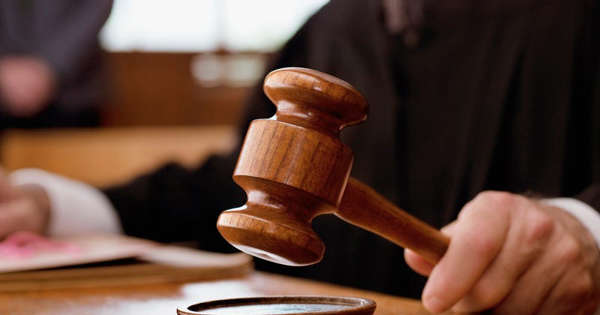 A federal judge tossed out a wrongful termination lawsuit against Yale University from a former psychiatrist at the school who said she was fired for publicly questioning the mental health of former President Donald Trump and his associates.

Bandy Lee, a psychiatrist who formerly worked at the Yale School of Medicine, claimed that the Ivy League institution ended her contract and violated her First Amendment rights, The Yale Daily News and The Hartford Courant reported.

In her ruling on Tuesday, US District Judge Sarah Merriam stated: “[Lee’s] vague assertion that some unspecified provision in the Faculty Handbook creates a right to ‘academic freedom’ is plainly insufficient to show that [the] defendant undertook a contractual commitment to guarantee plaintiff continued reappointment,” per the Daily News.

Lee’s termination was linked to her 2020 tweets where she posted that Alan Dershowitz, a famed lawyer who previously represented Trump, and the former president’s supporters “experienced shared psychosis,” according to the reports. Lee said she was practicing her “duty to warn” the general public about Trump’s mental state, The Courant reported.

According to the reports, concerns were raised about Lee’s actions, which some said broke the American Psychiatric Association’s (APA) Goldwater rule. It states that psychiatrists should not make public statements about the mental health of public figures unless they have personally examined them, as Insider previously reported. Per the Courant, Lee called the rule a “gag order.”

Ivana Trump’s funeral in photos: Who attended the ‘glamorous celebration of her life’

Ivana Trump’s family partook in a funeral on Wednesday at a Roman Catholic Church in New York City’s Upper East Side, in a celebration that was decorated with thousands of her favorite roses and reflected her “glamorous” life, a friend told Insider.

“Ivana would want a big, glamorous celebration of her life,” publicist R. Couri Hay said. “Today she’s right where she belongs. In the spotlight and in heaven.”

Ivana Trump, 73, died Thursday at her townhome, which was a block from the church. Her death has been ruled accidental by the New York City medical examiner’s office, which said the cause was blunt impact injuries to the torso sustained from the fall.

Her family, including her three children and ex-husband Donald Trump, attended the procession at St. Vincent Ferrer Roman Catholic Church.

Here are photos of the attendees at the funeral.

Read the original article on Insider

Ivana Trump’s immediate family was all together

All members of Donald and Ivana Trump’s family attended the funeral, including their three children, Eric, Donald Jr., and Ivanka. All of her children delivered remarks, but Donald Trump did not give a speech.

Donald Trump Jr. remembered his mother’s “old world punishment” after he threw a tantrum in a restaurant when he was 4 years old.

“I left with my butt red. She told me if I cry, she’d bring me back for more. That probably wouldn’t fly today, but maybe it should because I was a perfect little boy for the rest of that dinner,” Hay recalled Donald Trump Jr. saying during his eulogy.

The spouses of Ivana’s children, such as Jared Kushner, also joined the procession, and Melania Trump attended with Barron Trump.

Tiffany Trump, who is the daughter of Donald Trump’s second wife Marla Maples, attended the funeral. Donald Trump and Ivana split because of the former president’s affair with Maples. Maples did not attend.

Designer Dennis Basso also attended the service. He and Ivana Trump were longtime friends and collaborators. Ivana was a frequent customer of Basso’s furs – though often with a friends and family discount, according to The New York Times.

“We couldn’t have made the shoulders bigger or fuller,” Mr. Basso told The Times of the ensembles his design team created with her. “She always wanted to show her waist. She would call and say: ‘I love that. Can I have it in purple?’ ‘I love that. Can I have that in green?’ One year, around Christmastime, she called and said: ‘I’m in Aspen. I want a red sheared mink ski suit.’ Not being a great skier, I said, ‘But when you fall, it’s going to get wet.'”

Ivanka Trump and Jared Kushner were in attendance, with Ivanka offering a eulogy during the procession.

Though tearful, the former first daughter brought smiles to the service recalling when her mother scolded her for wearing a mini skirt that “wasn’t mini enough.”

“Flaunt it while you have it,” she remembered Ivana telling her.

At the funeral, and as loved ones left the church, there was a heavy presence of Secret Service agents who attended the funeral, staying near the former president’s family.

Charles Kushner, Jared Kushner’s father, was among the attendees. The former real estate mogul was pardoned in December 2020 by former President Donald Trump after having been convicted of tax crimes.

Former Fox News host and Trump advisor Kimberly Guilfoyle showed up to the event with her fiance, Donald Trump Jr.

Former gossip columnist and a longtime friend of Ivana R. Couri Hay attended the service and spoke with Insider.

“Ivana would want a big, glamorous celebration of her life,” longtime friend Hay said at the service. “Today she’s right where she belongs. In the spotlight and in heaven.”

The church was filled with a thousand of Ivana’s favorite red roses, and was “drenched in tears,” throughout the two-hour mass, Hay told Insider.

A spokesperson for Yale told the Daily News that the university is pleased with the court’s decision and added that Lee’s lawsuit “had no legal basis.” In addition, Dershowitz told the outlet that although he was not involved in her termination, she “does not belong in a university setting, teaching children.”

Lee, who wanted her complaint to be a catalyst for challenging the Goldwater rule, plans to appeal, according to the Daily News.

Read the original article on Insider