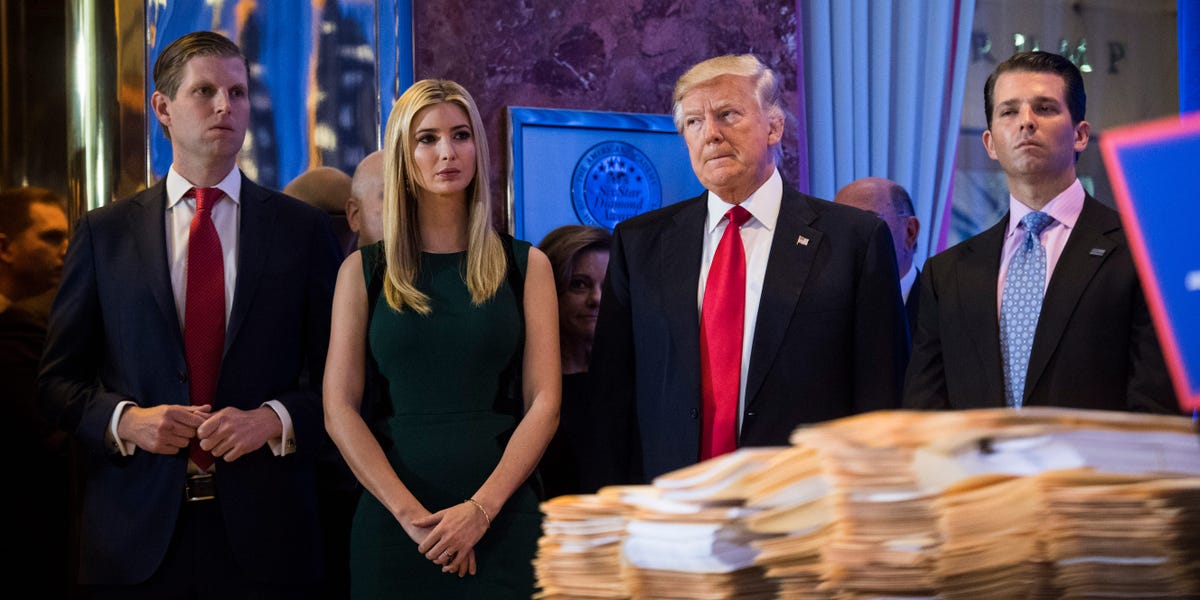 An appeals court has ordered Donald Trump, Ivanka Trump and Donald Trump, Jr. to sit for depositions in a sprawling New York probe of the Trump Organization.

A four-judge appellate panel found that the 3 Trumps were lawfully called to testify in a probe by NY Attorney General Letitia James.

“Once again, the courts have ruled that Donald Trump must comply with our lawful investigation into his financial dealings,” James said in a press statement. “We will continue to follow the facts of this case and ensure that no one can evade the law.”

Over the course of her 3-year civil inquiry, James has alleged persistent financial fraud at the Trumps’ international real estate and golf resort business. She issued subpoenas for the 3 Trumps’ testimony in January.

In trying to quash James’ subpoenas, Trump lawyers have argued that their testimony could be used against them in parallel criminal probes by the AG and the Manhattan District Attorney’s office.

The Trump lawyers have also argued that James herself was biased against Trump, as evidenced by numerous press statements in which she vowed to sue the former president and take down his business.

But in its decision, the appellate panel found James’ civil probe was “lawfully initiated.”

“The civil investigation was initiated in March 2019 after testimony before Congress by Michael Cohen, former Trump Organization senior executive and special counsel, in which Cohen alleged that respondent The Trump Organization, Inc. had issued fraudulent financial statements,” Thursday’s decision said.

“This sequence of events suggests that the investigation was lawfully initiated at its outset and well founded, apart from any parallel criminal investigation undertaken by the District Attorney.”

The appellate court also shot down the Trumps’ claims that James is conducting a politically motivated, “selective prosecution.”

“A claim of selective prosecution requires a showing that the law has been administered ‘with an evil eye and an unequal hand,'” the decision read, citing case law in upholding New York Supreme Court Justice Arthur Engoron’s prior ruling ordering the Trumps be deposed.

Instead, James’ probe began “after public testimony of a senior corporate insider and reviewed significant volumes of evidence before issuing the subpoenas,” the decision said.

A lawyer for the Trump family, Alan Futerfas, said he is still reviewing the appellate decision and has not made a decision on whether to file a further appeal.

James has identified Donald Trump as the “sole beneficiary” of Trump Organization profits and as a target of her probe.

Ivanka Trump, identified by James as a probe witness, is a former executive vice president of development and aquisitions and the point person for negotiating financing from principal Trump lender Deutshche Bank.

Donald Trump, Jr., who is also considered a witness, is a current executive vice president and manages the Trump Organization with his brother, Eric, who has already been deposed by James.

In what may be a sign of things to come in future depositions by his brother, sister and father, Eric invoked his 5th Amendment right more than 500 times when he sat for a James deposition in October, 2020.

The three are being compelled to testify in a civil probe, which means it could result in a lawsuit by the AG seeking restitution for any ill-gotten gains and potentially the dissolution of the business.

Lawyers for James’ office have characterized her probe as winding down, though several ancillary legal matters are still ongoing.

Donald Trump has sued James in federal court in hopes of shutting the probe down, and he is appealing an order by Engoron holding him in contempt of court for failing to fully comply with a separate James subpoena demanding his personal business documents.